Connecting to Your Home

Posted by Sebastian Tannenberger on March 6, 2020

The Consumer Electronic Show 2020 recently wrapped up in Las Vegas. There were the usual cast of characters, giant televisions, mini projectors, mobile devices, and more suitcases that follow you around than humanity will ever need. There is one section of the event hall that has been growing and growing over the years and that’s the “Smart Home” section. What used to be a quiet corner of self-cleaning ovens and refrigerators with water filters, has now flooded into a vast expanse across the showroom floor consisting of everything from smart vacuums to motion tracking light bulbs.

This multi-billion-dollar industry has just started to bud into your home life and I’d like to see if I can’t help explain some of the basics that you need to know. 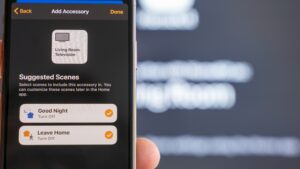 So, what is a smart device? By now we all know Alexa and Siri. Essentially a smart device is all part of The Internet of Things or IoT as it’s known. IoT is the interconnected network of objects like your phone talking with your microwave.

Smart devices can be super futuristic devices like retinal tracking door locks, to the most mundane toothbrush that tells you when to replace it.

Instead of going over every device out there, I want to focus on the basic ecosystems these devices work in and touch on the specific devices you can place in your home today!

Right now, in the Smart Home / Smart Assistant game there are really only 2 players, Google and Amazon. Apple is trying very hard and so is Microsoft, but as of now, they are failing to make a mark. There are also more than a handful of independent providers out there including Samsung’s own Bixby network, but again, those aren’t really considered contenders.

Today Google’s “Google Assistant” and Amazon’s “Alexa Assistant” work with the lion’s share of smart devices out there.

One of the most popular devices on the market is the Ring system. If you don’t know, Ring is a doorbell that feeds live video to the IoT. Ring isn’t Google nor Amazon, but rather third-party hardware that works seamlessly with both. Most non-proprietary hardware will work with both Amazon and Google, as well as Apple, in the case of Ring.

Since these devices are mostly available on both major ecosystems, the real question is “which ecosystem should you want to buy into?”

Let’s get one thing straight, Google and Amazon make way more money selling your data than they ever will selling you devices or services so understanding what they’re doing with that data is vital. The biggest difference between Amazon and Google is what they do with your data.

Let’s start with Amazon’s Alexa. Alexa is always listening, always! Amazon then uses AI learning to analyze what you want. Are you talking about needing new shoes or are you issuing a command? Amazon whistleblowers have even admitted that Amazon has live people that will analyze certain recordings that the AI struggled with. Amazon then discards the recordings. Because of this, Alexa is typically extremely responsive and users often comment on its speed and accuracy.

Google, on the other hand, only records once it hears a “hot word” like OK Google or Hey BooBoo (a little Easter egg for you Google users out there). That is then analyzed and hopefully your device does what you’ve asked. Google is then storing those recordings for now in hopes that once it’s AI has evolved enough it can be unleashed on all these recordings, but for now it sits on server farms in Arizona and Alabama.

If privacy is important to you, and the idea that Papa Bezos is listening to your musings about window coverings bothers you, then go Google. If you just want things to work every time regardless of the privacy you’re giving up, then go Amazon.

Since it doesn’t really matter if you go Amazon or Google, where should you start? The first step would be getting a smart speaker like the Alexa speaker or the Google Home Speaker. If you are an Android user, you already have Google assistant in your pocket and don’t need a home speaker. There is an Amazon app where you can control your Alexa devices though a mobile device as well. The next step is to see what you’d like connected. Home doorbells, hue lights, and video monitoring are always a great start. Most of these devices are modular and often have a pretty low cost of entry. Remember it’s more about the data for these companies, so these products are usually <$200. Installation is often intuitive and it’s important to these companies and the consumer that these devices can be installed without a contractor or handy person.

What’s great too is when you’re ready to move, whether you rent or buy, these systems can come with you. Just remember to keep the old hardware.

We are starting to see built in wall/trim sensors and more built-in systems, but this tech geek Realtor would suggest perhaps avoiding those. Some of us remember those built-in intercoms that were all over 60s and 70s homes. It’s not that wall sensors won’t take off, it’s just way too early to embed such a virgin technology into a home.

So go for it! With a low cost of entry and the fact that most of us already have assistants in our pockets, there’s really no harm to giving these a try, except perhaps to your privacy.

If you are interested in working with someone who understands what to look for in smart home technology for your future home, reach out, I love talking tech!

How Your Home Can Provide Stability