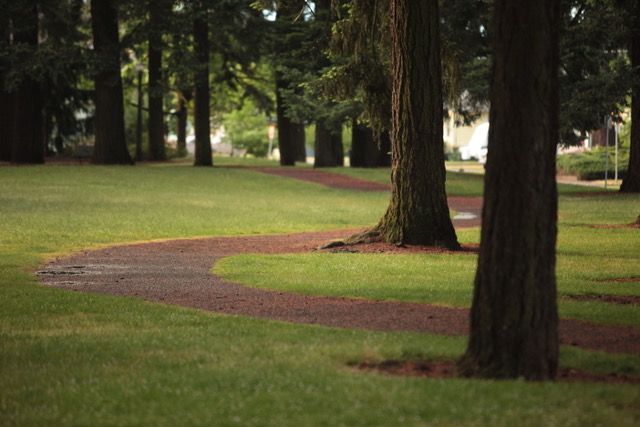 *not to be confused with Mt. Scott, a 1,091-foot-high volcanic cinder cone in Clackamas County

When I first moved to Portland 13 years ago, I was told to stay away from this area. People called it Felony Flats. A lot of the yards had pit bulls chained up in them, next to the carcasses of dead cars and appliances. 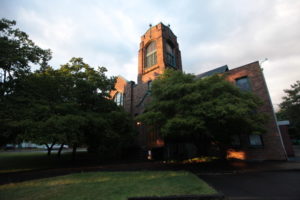 It’s still one of the more affordable neighborhoods in the city, but according to Portland Monthly the median home price is now $384,999. Felony Estates, more like. 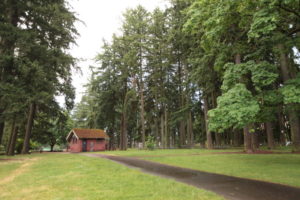 The centerpiece of the Mt. Scott Park neighborhood is …wait for it …Mt. Scott Park. It’s a quiet, family-friendly park, and just about every weekend there’s a birthday or graduation or something being celebrated in one of the picnic areas. A couple of years ago, the World Naked Bike Ride started in the park. So yeah, totally wholesome. 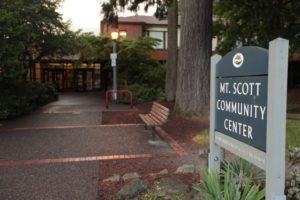 Okay, I lied. The Mt. Scott community Center is the centerpiece of the neighborhood. It’s adjacent to or maybe in the park and has two swimming pools – one that’s great for lap swimming and water aerobics and the other that’s built just for kids, with a slide, whirlpool, buckets that splash water on top of you, and a wading area that graaaaaaaadually gets deeper and deeper until the water comes all the way up to your knee. 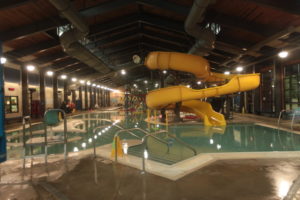 The neighborhood is culturally diverse with a pretty substantial Russian population, as well as Mexican and Vietnamese.

In addition to the pools, the community center has a basketball court, a gym, meeting rooms, and a skating rink. For real. A skating rink with wood floors and posts which I know from first-hand experience are placed perfectly for you to run into when you’re trying to teach your kid how to skate and not paying close attention to where you’re going. 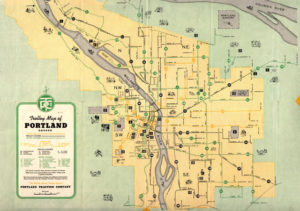 I was also told that the Arleta Triangle, a weird orphan of land that’s cut off from the southwest corner of the park at SE 72nd and Woodstock, came about because trolley tracks were laid to cut the corner of the park, leaving a little triangle of land all sad and lonely out there in the middle of the intersection. It sounds convincing, but according to the 1942 trolley route map I dug up, the trolley didn’t go anywhere near that corner. And also, it wasn’t called the Mt. Scott Trolley.

Speaking of things that are named for what they aren’t, across the street form the park is the Arleta Library, which isn’t a library, but a breakfast place that got famous because some TV Chefs ate there once. It’s good, but good enough to wait in line to get in? Yeah, actually it is.

Next door to the Arleta Library is Space Monkey Coffee where I have a secret crush on a barista named Amy. If you go there, tell her hi for me.

Okay, I lied. The centerpiece of the neighborhood is the Portland Mercado at SE 72nd and Foster. It’s a collection of Hispanic food cars – everything from Colombian to Peruvian to Oaxacan to Cuban – plus a tiendita for groceries, a carniceria for meats, a cafeteria for coffee, and a bar. 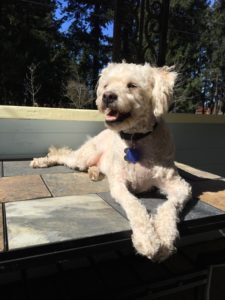 You know what? For real, the centerpiece of the neighborhood is Milo, the Best Puppy Ever™. He lives across the street from the park and loves to invite neighborhood dogs into his yard for play dates. If he’s not out by the gate when you come by, ring his doorbell on the little free library and he’ll come out. Unless he’s gone to work with his dad (me) to sell some houses in the neighborhood.