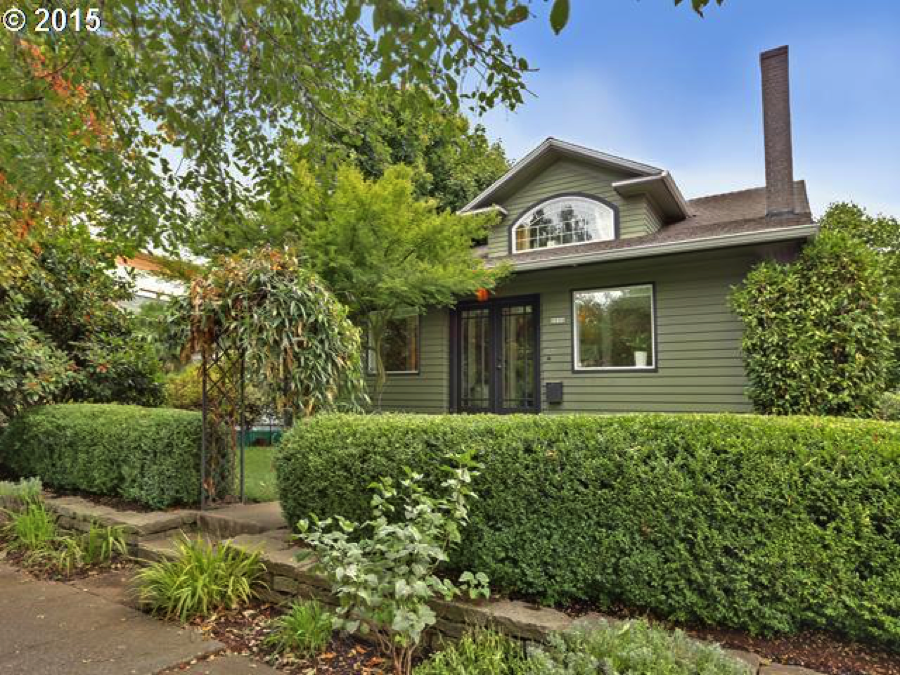 I met Miles and Brandy at a wine night dinner party with mutual friends. They were a smart, hilarious couple, with a house full of three kids, a dog, and chickens (well, the chickens were technically in a coop in the backyard). I liked them immediately.

Last year they contacted me about selling a house they owned in SE Portland – a BEAUTIFUL vintage home in a FANTASTIC neighborhood! I was thrilled. We did a walk-through and originally the plan was to wait until the tenant’s lease expired, but with the Portland market being so strong and the location what it was, I thought we could sell it with the lease in place.  Which is exactly what we did.  Success!

But that was just the beginning…

Miles and Brandy had a plan, a grand plan, a farm plan. The goal was to sell the SE Portland home then sell the house they were living in at the time in SW Portland and finally find a dream country property with a few acres and plenty of space for the entire family to live the farm life!  We listed their SW Portland home which was near Multnomah Village and started looking in Newberg for the dream property.

SW Portland – Home #2 SOLD!  That much closer to dreams of “farm life!”

One day, we came across a listing for a house that was in need of “a little TLC.” We made it out to the property and drove up a VERY long and daunting gravel driveway with several tight switchbacks. The whole time I was thinking “I hope my Jetta makes it. I hope I don’t get stuck.  I hope this is worth it, once we get to the top.”

Wow, was it ever worth it!

It was like magic, once we made it to the property at the top of the hill. The view was spectacular and it just had a very special feeling. Then we turned around and looked at the house which had been vacant for quite some time. We thought “Oh, cool!  Look at that eco-roof!” Then quickly realized the entire roof had been severely lacking in maintenance and had literally grown an entire ecosystem. I had never seen anything like it. We got inside to find that the roof was leaking (and had been for some time), there were spiders and dead flies everywhere, and almost every inch of it needed to be updated. I thought to myself “This will never fly.  Beautiful property, but just too much work for them.” Boy, was I ever wrong.

Brandy and Miles listed and sold their SW Portland home with me and they bought that Newberg property in need of “a little TLC.” They did a complete gut remodel and turned this tired, sad, neglected house, into a beautiful and unique dream home for their family: a truly contemporary farm-house.

They are the most adventurous couple I have ever met.  They are creative, smart, funny as heck, and absolutely not afraid to get their hands dirty! This was my third transaction with them in less than a year. Third time was the charm: their farm-life dreams were officially a reality. It was one of the most rewarding real estate experiences I have had the pleasure of being a part of. Thank you Miles and Brandy for allowing me represent you throughout the process. It was a fantastic ride I will never forget! I am looking forward to checking out the solar eclipse this summer at “The Farm!”

Before and Afters of The Farm